Why are Southern Journos rumbling around Horden Looking Stunned?

Channel Four News has a report about Horden, Co. Durham a former mining village on the North East Coast. Heres the truth about the area from Amanda... who is actually from that area. Did they produce such truth as this in their reports?

This reflects on Housing, Local Economy, Blame style rhetoric, and destruction of an area with no replacement. Virtually ignored by central govt and media. Only now the housing issue of a pound a house has reared, are the media really attempting something.
Amand writes:

I'm originally from Peterlee, a New Town that was built alongside Horden (at the cost of Horden, according to many older residents) a place that has also suffered since the 80s. The closure of the pits probably seems like ancient history to younger people but here, and places like here, the effects still rumble on. Like a domino rally you knock one piece down and through the generations the pieces just keep falling.

The mines were the heart of the communities, the money the men earned at the pit kept the local grocery shops afloat, bakers, pubs, family run DIY shops. Now we have takeaways, betting shops and not much more. The local economy was built on coal, you can't replace that with heroin and still have a proud, bustling, close community.

Some of my family worked at Easington Colliery, my Father In Law was an auto-bagger (coal man - to you southerners) for the NCB. My Dad, older brother and some other uncles worked at Horden pit. When I was a baby and my Dad just 29 he was severely injured in a mining collapse, the pit roof caved in and his legs were crushed by a pit prop. He spent the first few years of my life on crutches and was left permanently disabled. These men were grafters. Hard back-breaking, dangerous work yet according to Tories, the media, these very same areas are supposed to be full of lazy inter generational benefits 'scroungers.' How did communities of people who worked harder than these pampered people could ever imagine turn overnight into lazy sods, happy to sit back for the princely sum of £57 a week?

Homes in Horden and the rest of Easington District sit empty while 11,000 people languish on waiting lists to be housed. London journos scratch their heads and wonder why. London politicians talk about our bad attitudes to 'hard work'. Iain Duncan Smith tells us 'work will set us free'. How do you reliably pay your rent on a zero hour contact, Mr Smith?  How do you pay £14 a week bedroom tax out of £57 a week? When our Shipyards at Hartlepool closed down they weren't replaced with anything. When our pits were closed they weren't replaced with anything. But it doesn't end there, it was never going to.

The money the men earned kept the local small businesses afloat, when that money went so did everything else. New Labour thought the problem could be solved by opening loads of call centres (our accents are 'friendly' and 'trustworthy' according to customer research) but they were never going to last when it's cheaper to base them abroad.

The housing problems in Horden and the surrounding areas are a direct result of the lack of jobs. The lack of decent jobs are a direct result of losing all of our industries. Successive governments have done nothing to replace them but they still blame us. Men who'd spent their lives underground, men with hands like shovels were sent on Job Centre mandated training courses, typing, answering phones and middle class southerners couldn't understand why it dented their pride

I don't have the answers to all these problems, but I don't get paid 65K a year plus expenses TO have the answers, do I?  But I do know this, you don't rip the heart out of places, you don't take away the jobs that the entire area relied on, replace it with NOTHING then call us lazy. You don't insult the people who did the most dangerous, exhausting jobs and call them scroungers. You don't say people who risked their lives every damn day just have a bad work ethic.


Infrastructure note: I asked Amanda about infrastructure. She answered:  Peterlee (pop 30,000) Peterlee & Horden are joined together & Horden has railway running through it but no station. Easy commuting distance to Durham, Sunderland, Newcastle, Darlington, Middlesbrough etc IF we had station.
Posted by Virtual Gherkin at Thursday, February 26, 2015 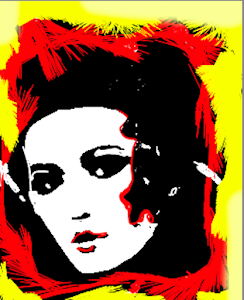 Where you can get my art. Click the pic